Thanks to the huge technological revolution, newer and newer solutions will appear all the time, thanks to which our computers and laptops can operate even faster and more efficiently than several years ago. Year by year, processors are getting smaller, disks are much faster, and the hardware design is truly breathtaking. In today’s article we check what are the most important differences between SSD and HDD drives. This is a must read for anyone wondering which of these drives is better. Welcome!

SSD drives and HDD drives – the most important differences

Lots of people ask themselves this question: are SSDs or HDDs better? It is worth knowing that the best solution is definitely a computer equipped with both SSD disks and HDD disk. Or maybe a better solution will be only the HDD or the SSD itself? When choosing equipment for home or office, it is worth taking into account only what work we will use our equipment for.

Not everyone knows about it that the hard drive is by far one of the most important components of the entire laptop or desktop. It is the place where all files, applications, photos or videos belonging to a given user are stored. The operating system and all necessary software are also installed on the hard disk. Hard disk selection is extremely important for the subsequent smooth functioning of the system and the amount of data stored on it. After several years of use, when the disk may turn out to be too small or too slow in relation to the user’s needs and expectations, it can be replaced really quickly and easily. However, we will need specialist knowledge about the most important differences between SSDs and HDDs. Thanks to this knowledge, we will be able to make a decision about the best hard drive for our computer much faster.

The HDD, from the English hard disc drive, is a classic hard drive, which is still used in the vast majority of Polish computers. Data on such a disk is stored on magnetic, rotating plates. In laptops, HDDs are usually 2.5 inches. The speed of HDD platters can be 5400 or 7200 rpm. A characteristic feature of HDDs is very large capacity. On the market you can find HDDs with a capacity of up to 3 TB – such a large amount of space allows you to freely store a huge number of applications, movies in the highest resolution or photos. A significant disadvantage of HDDs is, in turn, not very high performance. This is manifested in particular by the fairly long startup of the computer. Hardware such as HDDs is very poorly resistant to temperature differences. People who have computers with HDDs also complain about a fairly high failure rate. Frequent defragmentation is also necessary for the HDD to function flawlessly. 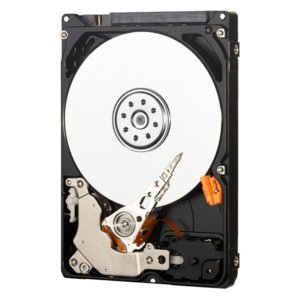 SSD drives are modern semiconductor drives. The operation of SSDs is based on flash memory. This type of disk allows for extremely fast writing and reading of data from 250 to 1000 MB per second and more. With an SSD, our computer’s operating system starts up really fast. All games launch in no time, just like any other running application. Among the advantages of SSDs, experts also mention lower power consumption, which has a significant impact on the extended battery life. What are the main disadvantages of SSD drives? SSD drives have a limited number of data write cycles. What does it mean? Subsequent data writing to such a disk causes wear of flash memory cells, so its lifetime is successively reduced. SSDs are also much more expensive than HDDs,

Is it possible to replace the HDD with an SSD by yourself?

Many people are also wondering whether it is possible to replace a worn HDD drive with an SSD on their own. It is worth knowing that doing such an operation at home is of course possible. To do it yourself at home, you need a Phillips screwdriver and knowledge of electronics in your laptop. For the effect to be fully satisfactory, you need to choose the right disk for your equipment. When choosing, you need to pay special attention to the capacity and size. For laptops, 1.8 and 2.5 inch SSDs are definitely the most suitable. We can choose from 128 GB, 256 GB and 500 GB. Once we have chosen these parameters, we still have to consider whether the SSD drive will be an independent data storage, or whether it should function together with the HDD. If we decide to have only one SSD in the laptop, then it should have a minimum capacity of 500 GB. When we combine SSD disks and a HDD disk, then it is more than enough if the SSD disk has a capacity of 256 GB. What can you gain by replacing an old HDD with an SSD? The operating system will run much faster. We will only have to wait a few seconds for the computer to start up.